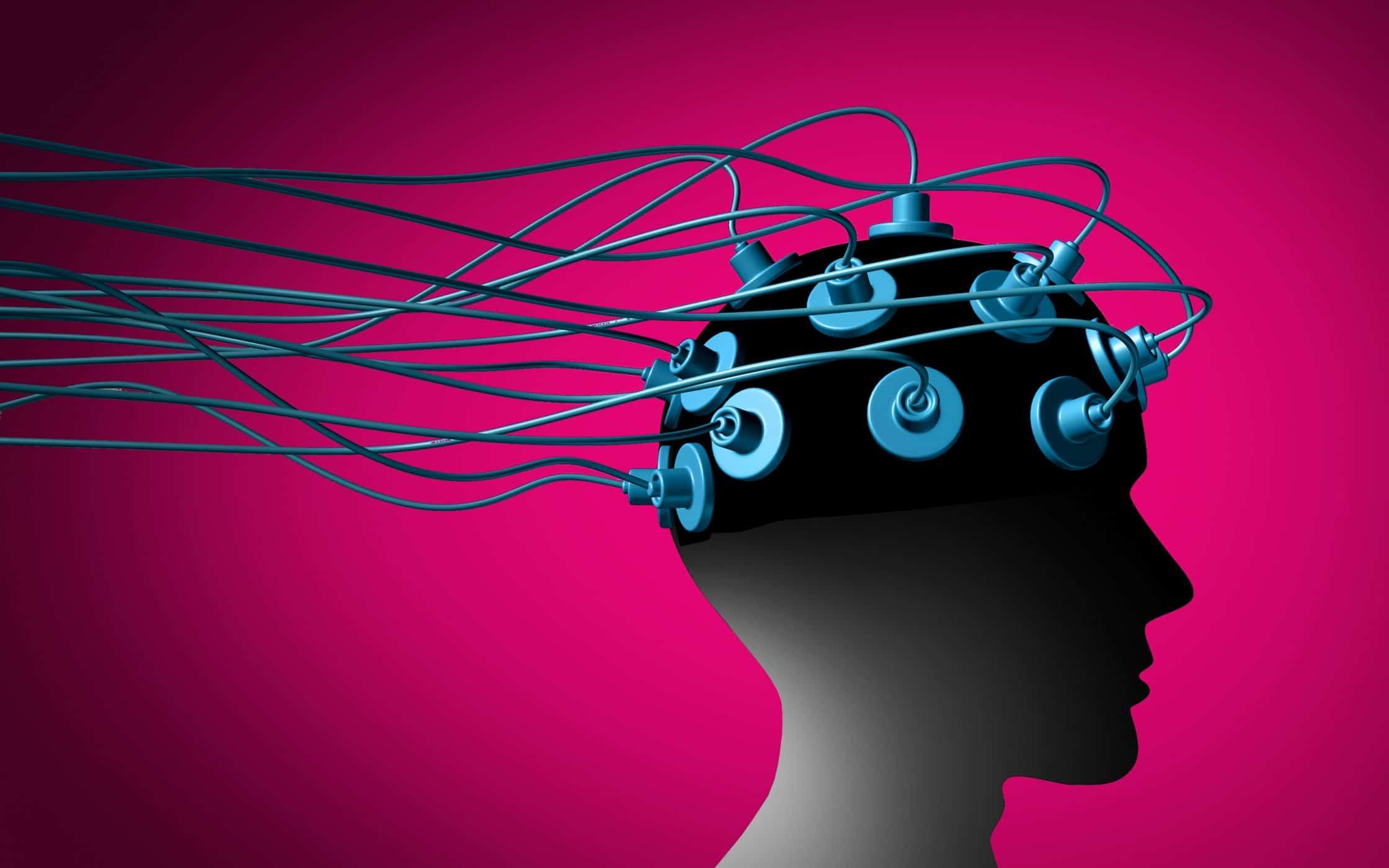 Neuromarketing: The Emotions Behind The Data

Neuromarketing: The Emotions Behind The Data

We create messages every day in order to influence others, often without even knowing it.

It may be one of the hundreds of emails you send to your coworkers, acquaintances, or clients on a regular basis…

Alternatively, if you work in a digital agency like I do, you can be developing advertising, content, a web page, metadata, or meeting slides…

Most of these things require a lot of mental work and even time/money, so have you ever considered how effective all of these efforts are from the viewpoint of people’s minds?

What kind of attention can you really get? How likely is it that you’ll be able to rewire pre-existing attitudes and opinions? Can you persuade your targets to make a purchase or persuade them that they require something?

As digital marketers, it’s neuromarketing that’s going to get us to that place.

Web analytics and data are now so easy to produce in the digital marketing field that marketers frequently use them to identify the real impact of advertising without any further science – and this is very powerful.

But what we’re actually seeing here are outcomes, which are great for analysis and have their place, but are not genuine causes.

Google, Facebook, and Twitter have spent millions of dollars trying to persuade us that their algorithms can uncover and anticipate the quality of each digital communication you send. For them, it is a question of life and death. They’ve gotten pretty damn good at it, too. Recent events, however, have demonstrated how deceiving analytics may be. Worse, they frequently contain inaccurate definitions, dubious assumptions, and even mathematical mistakes.

They’re based on behavioral data that provides a skewed picture of how individuals react to messages. They are unconcerned with the unseen ‘unconscious’ clicks that occur in people’s heads.

Procter & Gamble, the world’s largest marketer, curtailed its Facebook ad spend in 2016, arguing that targeting individual demographics was costly and did not result in a substantial impact.

Facebook (now Meta, of course) and Google both claim to be able to assist advertising in targeting specific audiences. P&G, on the other hand, said that there was no proof that precision targeting was worthwhile.

We continue to see these platforms perform admirably as an agency. But, hey, to each their own.

Meanwhile, Facebook acknowledged in 2016 that it had been overestimating a key video statistic for at least two years. The average time of a video seen was calculated using only video views that lasted more than three seconds. As a result, advertisements’ performance scores were greater than they should have been.

Many advertisers were furious, despite the fact that the social network stated it was a miscalculation of the average time users spent watching videos on its site.

Sure you do, Mark…

Google and Facebook don’t let outsiders evaluate their platforms, so they’re practically grading their own homework.

Without a doubt, Facebook’s error was an embarrassment. They issued an official apology and stated that the error in their algorithm will be corrected.

So be warned: online analytics are fantastic, but their utility is limited, and they can be inaccurate at times. However, they are frequently all we have.

In the near future, neuromarketing techniques will show the nature and effect of unseen decisions, making you a better buyer of digital advertising. As a result, the advertising industry’s big data players may not be as enthusiastic about neuromarketing as you should be.

And you most certainly should be.

Analytics does not provide a comprehensive picture of what happens when purchasers’ minds are first exposed to advertisements; you must continually test headlines, change visuals, and generally adjust your message several times.

This makes it difficult to figure out why so much of your advertising isn’t paying off.

And, most significantly, you may choose an ad that is actually kind of unsuccessful but just happens to be the best performer in your test!

A/B testing is a trap that pays media networks billions without providing deeper knowledge of how ads influence the brain. The search for ideal messages through testing can get you to a better place but can also be inefficient, expensive, and contradicts the rules of brain persuasion.

When utilised to influence digital marketing initiatives, a lot of traditional marketing research falls short of its aims, especially when it comes to assessing the impact of the advertising message.

In their own right, surveys, interviews, and focus groups are powerful tools, but they don’t explain the neurophysiological mechanisms that underpin consumer behavior.

Nonetheless, our responses to most marketing stimuli are explained by the subconscious and preconscious regions of our brain.

That is why, when compared to traditional research methods, Neuromarketing may offer unique insights, a fact that is now widely recognised by marketing and advertising experts all over the world.

So what is it?

Neuromarketing employs a variety of methods, the most common of which being functional magnetic resonance imaging (fMRI). It also utilises eye-tracking technologies, but most commonly in tandem with other technologies that read changes in brain functions.

Integration of neuroscientific methodologies with digital advertising, in my opinion, will be one of the most crucial aspects of advertising and measurement of the same as things like the metaverse increase in usage.

It’s also known as Consumer Neuroscience and is the scientific study of how people’s brains react to advertising and other brand-related signals through the use of brain waves, eye tracking, and skin reactions.

It can employ brain imaging techniques like fMRI to show how the brain reacts unconsciously to what it perceives. This detects changes associated with blood flow. Basically, when an area of the brain is in use, blood flow to that region also increases. It is non-invasive and safe. Although there was some initial skepticism and opposition, the advertising industry has begun to realise the movement’s value and relevance.

Because neuromarketing technologies track the molecular, physiological, and neurological changes that occur in our brains in reaction to marketing, they go well beyond typical data collecting techniques.

These experimental settings will aid in the analysis of instinctual, emotional, and cognitive reactions without putting the interpretive weight on study participants.

You may not know it, but filling out a survey consumes a significant amount of your brain’s precious energy. Even getting paid to take surveys does not alleviate this stress.

It is impossible to overestimate the value of cognitive energy. Using brain-based approaches eliminates the need for individuals’ conscious and active engagement. You’re not asking them to act like zombies; all you’re asking them to do is relax and allow the messages to work their way into their heads.

There’s also no requirement for the subjects to say anything. The goal is for the stimulus to have an effect on their neurophysiology. The brain will activate and create its own narrative.

When was the last time you were asked what you thought of a movie you had just seen? It’s a simple question, but imagine how difficult it would be to respond if you had to use emotional measures to describe how pleased, sad, enthusiastic, anxious, concerned, intrigued, and so on you were.

The same may be said for how we react to digital advertising or even a website. We know these stimuli have an effect on us, but we can’t be sure how much of an emotional or cognitive influence they have on our brain.

According to research, when people are asked to explain their moods on a daily basis, they use an average of three words, implying that emotions are difficult to recognise and express. This clouds user feedback.

There are a few essential research questions that only Neuromarketing can answer.

And, perhaps most crucially:

fMRI scans have demonstrated that a variety of factors determine how and why customers accept specific brands and buy their items, even if they are more expensive than competitors.

It has little to do with logic or reasonable thought. Humans are sensory creatures that react to the way particular stimuli make them “feel”.

Its methodologies can investigate subconscious responses and monitor brain activity in persons as well as their reactions to advertisements that they are unaware of.

Ultimately it can also provide customers with added value.

There have been ethical concerns raised, with some referring to it as “mind-reading,” although in fact, it employs volunteer participants in a manner that is not fundamentally different at all from established research methodologies.

Furthermore, discoveries from this field are being utilised to investigate solutions and therapies for, among other things, compulsive online gambling and addictive shopping habits.

Neuromarketing will become more accessible in time as datasets from earlier studies are utilised to develop tools that do not require the use of a lab or fMRI methodology.

Soon you’ll be able to submit an image of your ad, a video, product page, or piece of content, etc, and get immediate feedback on how it will affect the subconscious.

This technology has already begun to emerge. We have tested some and we’ll be first in line when these are more commercially available.